Bill Clinton should have resigned but didn't.

Therefore, the Senate should have removed him from office after his impeachment by the House of Representatives for lying.

He used his power as president to seduce his young intern Monica.  That was not appropriate behavior.

Thank you to Kirsten Gillibrand and Barbara Ehrenreich for coming out this week against the general amnesty he received in spite of his sexual misconduct.  (Barbara was public in her denunciation of him in 1998.)

In the late 1997-99, I was disgusted by Bill's behavior.  I resented his exposing my teenage daughters to the salacious reports in the news every day.

I was angry to see Eleanor Smeal, the National Organization for Women, and 55 senators give Bill Clinton a pass on his behavior.

And why did Lewinsky's superiors transfer her away from the White House in April 1996, without reporting that there was a problem? After all, they knew that "she was spending too much time around the president."

I am grateful that now in November 2017 Senator Gillibrand and a few other Democrats are convinced that Bill Clinton should have been held responsible for his behavior.

I didn't understand why Hillary Rodham Clinton stuck with Bill after his betrayal.  Gradually her gamble became clear: she was planning to use him as a prop for her campaign for senator and then for president.

He became a weight dragging down her chances of getting elected.

His hubris was one of the many factors that led to her defeat on November 8, 2016.


From Wikipedia:
All of the Democrats in the Senate voted for acquittal on both the perjury and the obstruction of justice charges. Ten Republicans voted for acquittal for perjury: John Chafee (Rhode Island), Susan Collins (Maine), Slade Gorton (Washington), Jim Jeffords (Vermont), Richard Shelby (Alabama), Olympia Snowe (Maine), Arlen Specter (Pennsylvania), Ted Stevens (Alaska), Fred Thompson (Tennessee), and John Warner (Virginia). Five Republicans voted for acquittal for obstruction of justice: Chafee, Collins, Jeffords, Snowe, and Specter.
President Clinton was thereby acquitted of all charges and remained in office. There were attempts to censure the president by the House of Representatives, but those attempts failed.
Posted by Anne Linstatter at 9:01 PM No comments:

What Blase Bonpane is thankful for... 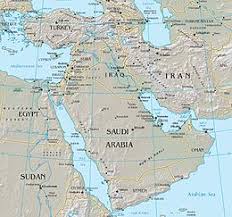 Are you feeling a little down about the state of the nation and the world?

Is is hard to summon up the right mix of thankfulness and patriotism that Thanksgiving seems to require?

Here's part of his list of what he's thankful for this week, taken from my notes during today's broadcast "World Focus" (aired weekly on Sunday by Pacifica and other independent radio stations).

This former Maryknoll priest is thankful:

~~That the Roman Catholic Church is no longer enslaving and killing in the name of God, as was done for many centuries.

~~That the LA Times ran an editorial today about "The nuclear code football." But Blase goes further, asking the US to join China and India in supporting No First Use (NFU) at all.  See "In Defense of a Nuclear No-First-Use Policy" in The Atlantic, September 2016.  Blase points out that handcuffing the president would still leave nations like North Korea nervous about a congressionally-declared first strike.  Thus they might justify their own defensive first strike against the US Coalition

~~That some US general have declared that they "would never obey an illegal order..." i.e. an order to start nuclear war on a whim.

~~That some Americans are aware of the hellish wealth inequality in this country... and that they know about the distributive justice called for by the Bible.

~~That the UN has warned that 7 million people will die of famine in Yemen if the Saudi-led and US-backed blockade against humanitarian aid is not lifted.  We know, so we can demand that this blockade end.  See opinion piece in the NY Times "How War Created the Cholera Epidemic in Yemen."

~~That Bill Moyers' video series No Choice launched Nov. 13 to air the personal stories of women who sought abortion prior to 1972.  http://billmoyers.com/story/no-choice/

See?  You too have a lot to be thankful for--including the good work of Bill Moyers, Blase Bonpane, and Mark Twain.

Posted by Anne Linstatter at 7:55 PM No comments:


dt isn't the only leader whose careless words have incited violence.

Pope Benedict XVI was endangering lives long before 45 came onto the scene.

In a speech at the University of Regensburg, Germany, in September 2006, this pope found it necessary to illustrate a lecture on faith and reason with a quotation from Byzantine emperor Michael II Paleologus criticizing Islam.

The quote that caused the furor followed: “He turns to his interlocutor somewhat brusquely with the central question on the relationship between religion and violence in general, in these words: ‘Show me just what Mohammed brought that was new, and there you will find things only evil and inhuman, such as his command to spread by the sword the faith he preached,'” the pope said, emphasizing that he was quoting the emperor.

Because Michael II was living in the 14th century, the Crusades were still fresh in everyone's minds.  Anti-Muslim feeling was widespread in Europe.

But Benedict XVI is living in the 21st century.  Words spoken in Germany echo around the world, even to Kenya and Somalia.

Sister Leonelia Sgorbati and the Muslim bodyguard she was traveling with were killed a few days later as protests to the speech mounted.

Well, this week Pope Francis officially declared Sr. Leonelia to be a martyr.  Thus she passed one of the milestones on the way to gaining full sainthood.

Clearly she was a saint, but getting official recognition as a saint is another matter.  It can take years.

Her driver, Mohamed Osman Mahamud, was a saint too, but the Roman Catholic Church is not likely to recognize him as such any time soon.

Another not-to-be declared martyr this year is Heather Heyer, the woman killed by a car mowing down demonstrators in Charlottesville on August 13.

In her case, it was the US president whose inflammatory rhetoric egged on her killer.

Posted by Anne Linstatter at 8:30 PM No comments:

Godspeed to all trans pioneers, such as H. Adam Ackley, dismissed from teaching theology at Azusa Pacific U in 2013.

Since then he has done adjunct teaching at the University of Redlands and UC Irvine.


Heath Adam Ackley, Ph.D. is Director of Training & Curriculum at the U.S.-Canadian peer support non-profit Trans Lifeline and semi-retired professor of Religious Studies and of Gender and Sexuality Studies (University of Redlands, University of California at Irvine, Azusa Pacific University). He is the author of Women, Music and Faith in Central Appalachia (2001) and of chapters in Women of the Mountain South: Identity, Work, & Activism (2015), Manning Up: Transsexual Men on Finding Brotherhood, Family and Themselves (2014), The Encyclopedia of Appalachia (2006), and Creation and The Environment: An Anabaptist Perspective on a Sustainable World (2000).

Posted by Anne Linstatter at 11:48 PM No comments:

Today I saw Human Flow, the documentary by Ai Weiwei.
Hard to say what was more amazing: the photography, personal interviews, 40 refugee camps visited, 30 translators, statistics, or poetry quoted. Music too.
"The right to migrate is a human right," says one person toward the end--in Spanish.  "Derecho migrar es derecho humano."
I expect it to win Best Documentary next year.

Posted by Anne Linstatter at 11:13 PM No comments:

What a waste of time: Lady Bird written and directed by Greta Gerwig.

All cliches, no plot.

The California heroine about 18 yrs. old is dying to leave Sacramento and go away to a prestigious East coast college.  Lo and behold, she finally gets in.  (Not true to life, by the way.)

Her mother is more evil than Cinderella's step-mother--and she's a marriage & family therapist.

The whole boring film screams "of, by, and for millennials."  And it turns out, the writer/director was born in 1983.  The film is largely autobiographical.

No real crisis--a shooting or drug overdose or sexual abuse. No gender surprises.  No critique of the Catholic high school, the main setting.

I had suggested seeing the documentary Human Flow, but my spouse scanned the LA Times and said this piece of crap had the best reviews.

At least we ran into Sheila Kuehl and her friend (partner?) in the Westside Pavillion lobby on the way out.

I guess she had to see it because of the subplot: heroine hates Sacramento but by the end she loves the burg.  Inspiring.

Another feature:  I was wearing my Hillary sweatpants, and a man at the film was wearing a Trump t-shirt and then a Trump sweatshirt.

Is this the best Hollywood can do?
Posted by Anne Linstatter at 9:01 PM No comments:

Forty hours later voting at polling places began on Nov. 8 -- not counting the voting done by mail with that misinformation.

We didn't know the extent of Trump's Russian collusion.

The election was stolen.

2017 has been a year of suffering with a deceitful and mentally impaired president.

But on November 3, 2016, women were excited about wearing white--the color of women's suffrage fighters--to go to the polls.

How naive we were.